Redeem Code
Log In
0
Our site is temporarily unavailable. New registrations will be redirected to our sister websites. Existing students will have been sent next steps via email. If you have an urgent issue, please email us at support@thecampfirecollective.com
< Back to Paddling
Campfire Collective Sep 15th, 2018

Catching an Eddy with Confidence 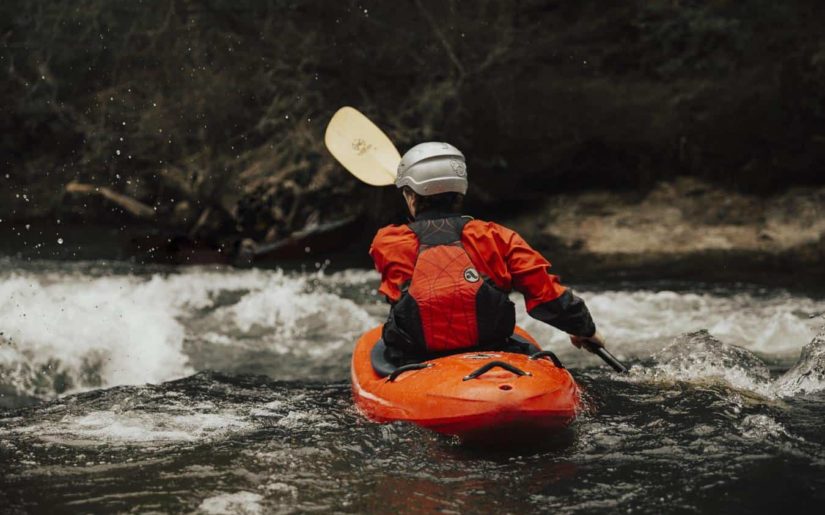 What is an Eddy?

An eddy is a movement of water, counter to the main current, which causes a small whirlpool. Typically, these are sheltered areas where a paddler can stop to rest, scout or leave the main current. The eddy line is the line where the current flowing upstream inside the eddy meets the current flowing downstream. The faster the current, the more visible this line becomes. For a beginning kayaker, catching an eddy can be intimidating, but it shouldn’t be. The eddy is a safe haven in the current and the happy resting spot behind a rock. With four key ideas in mind, catching an eddy becomes simple.

How do you catch an eddy?

The keys to catching an eddy are angle, position, speed and edge. That said, you should always plan ahead; once you are beside the eddy, it’s too late to initiate the move. The current is always moving you downstream, so keeping your eyes downstream gives you time to focus on each of these ideas.

Approach the eddy at a 45-degree angle. In stronger current you’ll increase that angle to 80 or even 85 degrees. It is important to note that you want to be traveling on as much of a straight line as you can, so set your boat angle and start paddling towards the eddy while you’re still well upstream. In a faster current, you’ll need to start paddling sooner, as the current will move you downstream faster.

Enter the eddy as high upstream as you can. If the eddy is behind a rock, you want to slide in just downstream of that rock. This becomes more important as you progress and the eddies get smaller. Entering an eddy too far downstream means you’re more likely to miss the eddy and be swept downstream. This is where keeping your eyes downstream and thinking ahead comes in.

Speed is slightly variable; if you’re farther away from the eddy you’ll need more speed to get there. Take smooth, controlled strokes so your speed peaks as you reach the eddy line. Paddle all the way into the eddy, trying to take your last stroke on the upstream side of your boat and the eddy side of the eddy line. Slacking off as you approach the eddy guarantees you’ll get swept downstream.

Controlling your boat edge is the difference between a smooth entrance and flipping your boat. Lift your downstream edge as your shins cross the eddy line. The water moving upstream inside the eddy will turn your kayak, pointing you back upstream. With practice, catching an eddy becomes second nature. Until it is, remember to keep your eyes downstream and focus on angle, position, speed and edge. See you on the river! 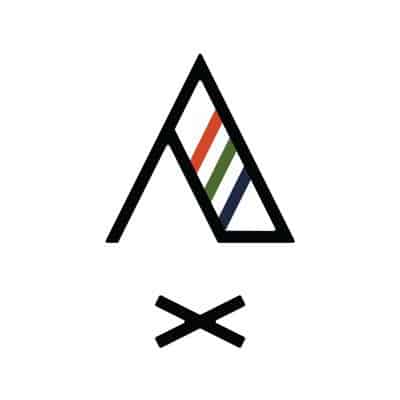 We believe that inspiring and educating people to achieve awesome outdoor pursuits creates lifelong stewards of the wild. We're invested! We want to empower you to get outside by sharing with you amazing experiences and insights. Go boldly to your wild! 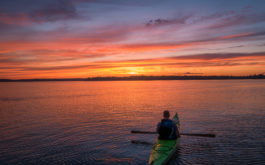 An Introduction to Kayaking – Getting Started

Kayaking is a fun experience but it's hard to know where to start. Here is everything you need to know before purchasing your kayak. 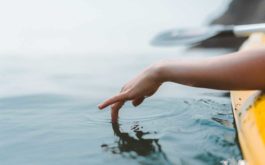 Whitewater kayak designs have evolved quickly and drastically over the years. They are a mere shadow of what they once were. 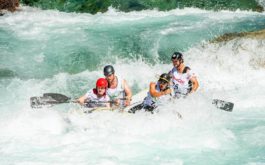 There are few activities that bring a family together as a team better than a Whitewater rafting trip. However you need to ensure a safe trip. 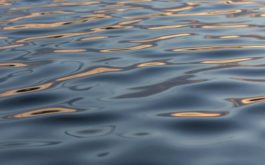 Cold water immersion can occur when you least expect it. Know the risks and how to perform the survival techniques to safe on the water!